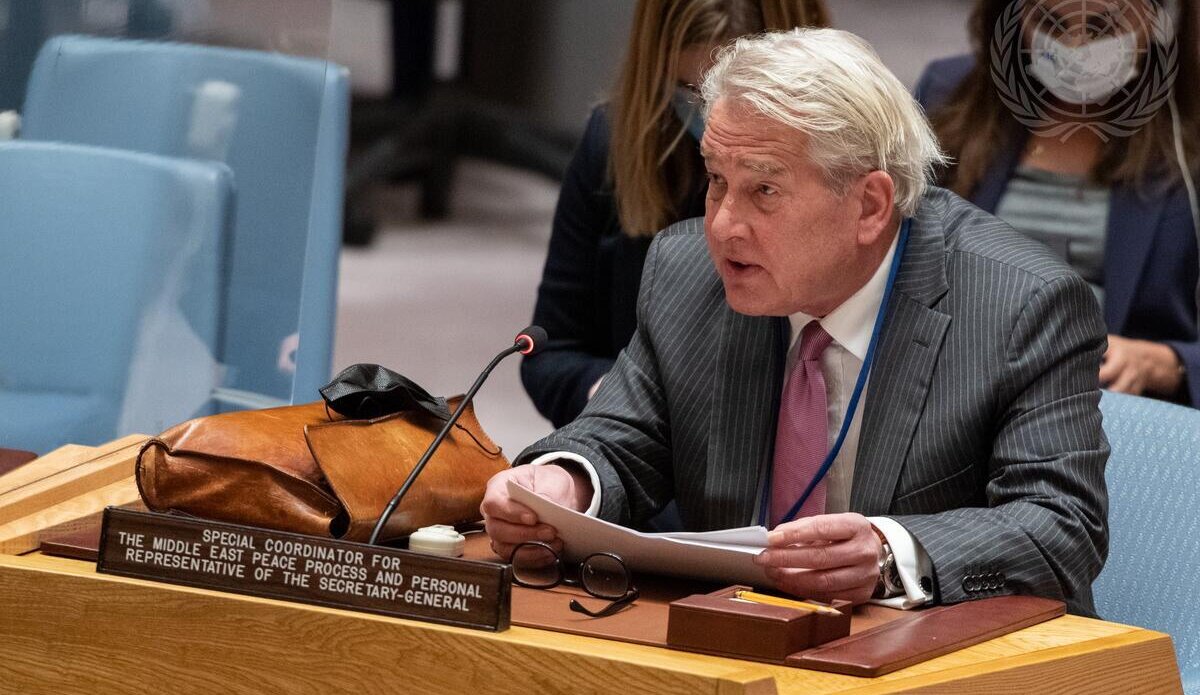 Tor Wennesland, Special Coordinator for the Middle East Peace Process, briefs the Security Council meeting on the situation in the Middle East, including the Palestinian question. (UN Photo/Eskinder Debebe - 30 November 2021)

The United Nations cooperates with regional and international partners in efforts to defuse tensions, encourage improvements on the ground, and advance political negotiations toward a two-state solution to the Israeli-Palestinian conflict as well as a comprehensive, just and lasting peace in the Middle East based on all relevant Security Council resolutions, including resolutions 242, 338 and 1515, as well as the Madrid principles.

Support to the Secretary-General’s peacemaking efforts

The Department of Political and Peacebuilding Affairs (DPPA) supports UN peacemaking efforts in various ways, including by advising and assisting the Secretary-General in his Middle East diplomacy and by overseeing UN political activities based in the region aimed at furthering peace efforts, coordinating humanitarian aid and development assistance, and supporting Palestinian state-building efforts.
In addition to making his own diplomatic “good offices” available to the parties, the Secretary-General is a principal member of the Middle East Quartet (composed of the United States, the Russian Federation, the European Union, and the United Nations), a key mechanism established in 2003 to coordinate the international community's support  to the peace process. The Secretary-General also works to ensure close cooperation in international peacemaking efforts with the League of Arab States and the broader international community.
DPPA also assists the Secretary-General’s crisis management activities, which included his direct involvement in efforts to bring about a stop to the fighting in Gaza, most recently in July-August 2014. Senior officials of the Department of Political Affairs provide regular briefings to the Security Council on the situation in the Middle East and the state of peace initiatives in the region.

The Office of the United Nations Special Coordinator for the Middle East Peace Process (UNSCO), based in Jerusalem, Ramallah and Gaza, is a field mission of the Department of Political and Peacebuilding Affairs that supports peace negotiations and the implementation of political agreements between Israel and the Palestinians. Special Coordinator, Tor Wennesland, is the focal point on the ground for UN support to peace initiatives – including the work of the Middle East Quartet. UNSCO is also responsible for coordinating the activities of more than twenty UN agencies, funds and programmes on humanitarian and development assistance to the Palestinians.