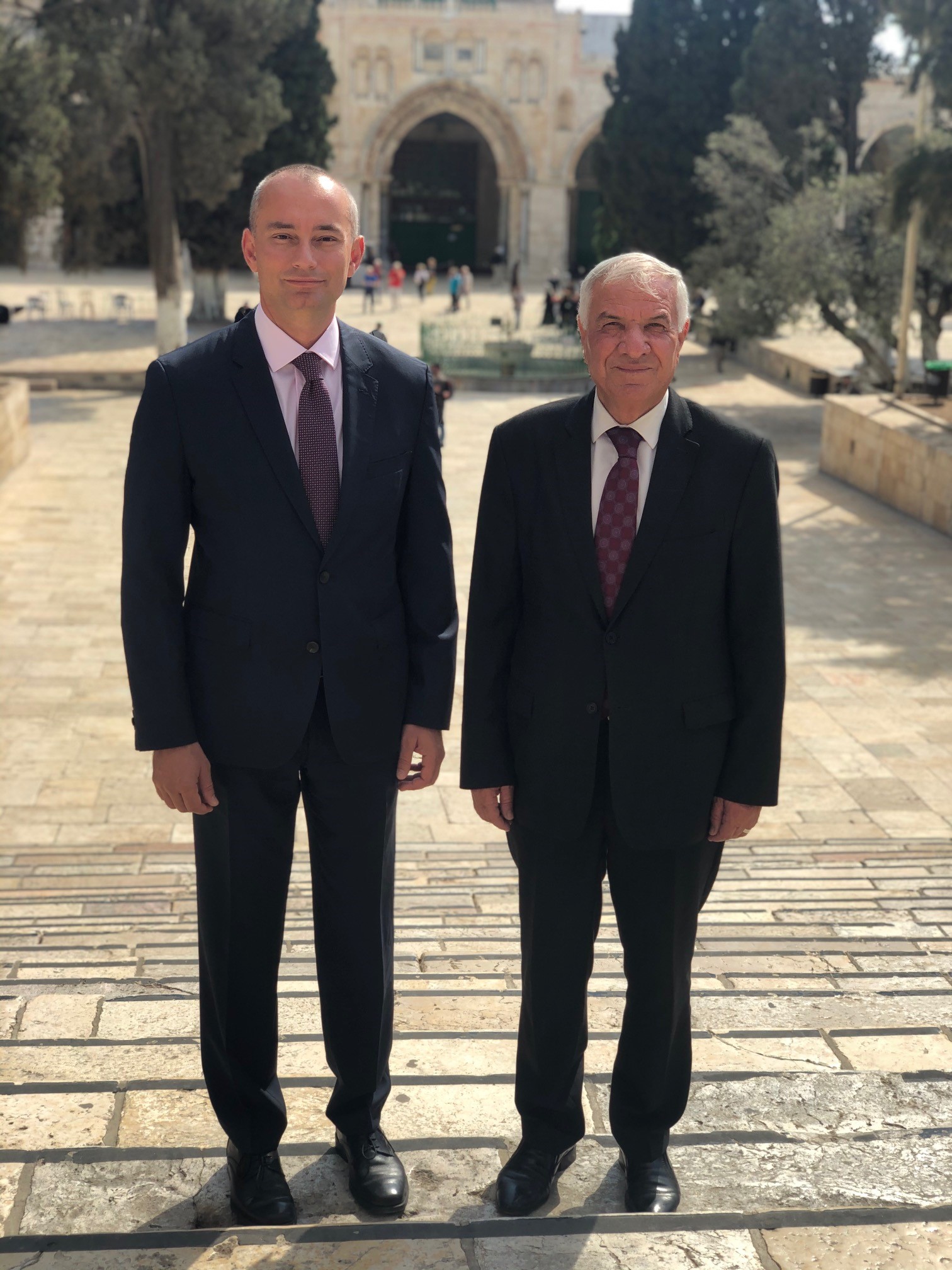 This morning, United Nations Special Coordinator for the Middle East Peace Process, Nickolay Mladenov visited Al-Haram Al-Sharif compound and met with the Director of Jerusalem Waqf Depaartment, Sheikh Azam Al-Khatib Altamimi. They discussed recent developments, a number of much delayed renovation works and the need to uphold the status quo.

“I call on all to refrain from provocations that could escalate tensions in and around Jerusalem's holy sites. It is important that the status quo be upheld in line with the important and special role of the Hashemite Kingdom of Jordan and the historical role of King Abdullah II, as custodian of the Muslim and Christian holy sites in Jerusalem,” Special Coordinator Mladenov said.

"Jordan plays a crucial role in maintaining regional stability and is a vital partner for the United Nations in our common efforts towards peace on the basis of a two-state solution between Israel and Palestine that is in line with relevant United Nations resolutions and international law,” he added.

The Envoys of the Middle East Quartet from the European Union, Russia, the United States, and the United Nations are closely monitoring the situation in East Jerusalem, including in the Old City and Sheikh Jarrah neighborhood.

08 May 2021
Statement by UN Special Coordinator Tor Wennesland, on the surge in tensions and violence in the occupied West Bank, including East Jerusalem

"I am deeply concerned by the surge in tensions and violence in the occupied West Bank, including East Jerusalem, since the beginning of the holy month of Ramadan.

I take note of the Palestinian leadership decision to postpone Legislative Council elections scheduled for May 22.